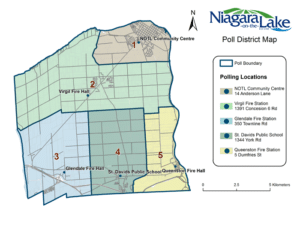 Some people believe that voting patterns vary across Niagara-on-the-Lake (NOTL) based on where people live. Some Old Town residents, when unhappy about how things are going on Town Council, blame the voters in Virgil. Others will say farmers worry that the people in Old Town don’t support their interests. In fact, there is relative consistency in voting patterns between the five polls in Niagara-on-the-Lake. 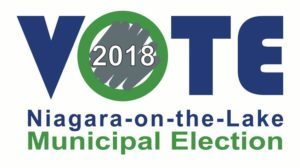 Wonder what the Niagara-on-the-Lake candidates look like? Want to know why they’re running? Here’s an alphabetical list of Regional Council, Lord Mayor, Town Council and school boards candidates with a photo (if one could find one for a candidate from a public site) and the link to their election websites (if a site could be found).