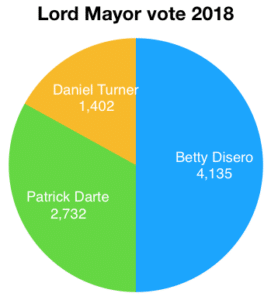 Voters in Niagara-on-the-Lake clearly want a fresh approach to local governance with an incredible 58% turnout. 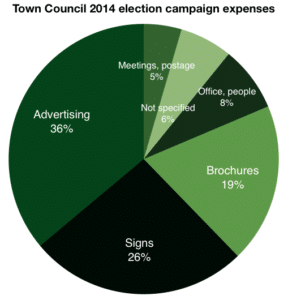 Looking at the campaign financial data reported after the 2014 election, spending by successful candidates ran as high as $5 for the Lord Mayor position and averaged over $2 for each vote received by new candidates for Town Council. 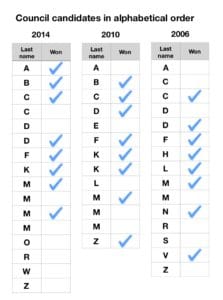 If there’s a candidate who you want to see elected, or someone else you don’t want to see win, what’s the best way to make your list for voting day? Our friend Jim thinks that some voters simply pick off the top names or bottom names on the ballot – voting in alphabetical order. 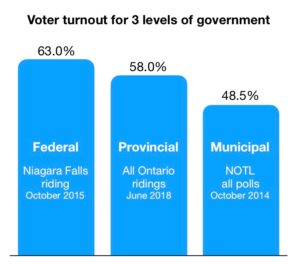 With 24 candidates running for the 8 seats on NOTL Council, plus the 22 other candidates running for 4 other positions, we’re seeing lots of yard signs. We likely also will see more voters go to the polls. There are 12% more potential voters in 2018 because of population growth, which likely will result in an increase in eligible voters of at least 5%. 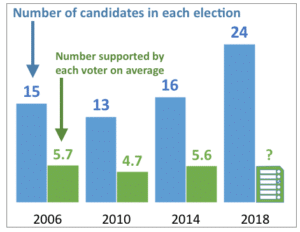 Be smart when voting for Niagara-on-the-Lake Council. It’s not only who you support, but also how many of the 24 candidates you select on the ballot. The difference between winning or losing a Council seat could be as little as 10 votes. Although you can vote for as many as 8 candidates, it is more effective to limit the number of candidates you support.